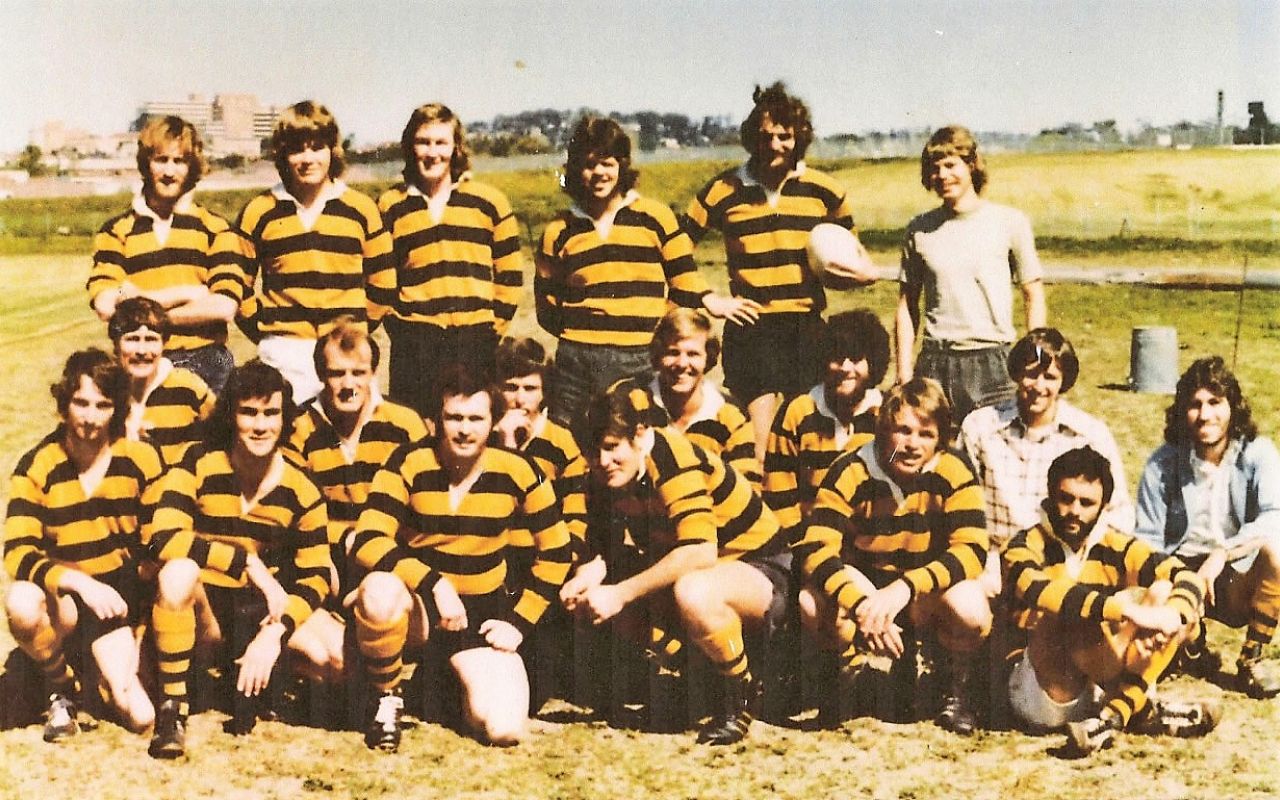 In 1975 an enthusiastic band of rugby supporters got together to form a rugby club in Camden. A third grade team was entered in the Illawarra District Rugby Union competition, part of New South Wales Country Rugby Union. The Club`s first ever team was a mixture of Camden locals keen to try out this new game about which they knew very little, new residents in the district who had a rugby background and students from the University of Sydney`s faculties of Veterinary Science and Agricultural Science who spend their final year at the University`s facilities on Werombi Road, Camden. This first year represented quite a successful start for the Club with the first side making the grand final only to lose to Wollongong University.

In 1977 Camden was called upon to field three grades in the competition and, although at times playing numbers were stretched, with players often asked to play more than one game, the Club still has the distinction of never being forced to forfeit a game in any grade. It wasn`t until the 1980`s that the first grade began to establish itself in the Illawarra competition. The Club`s first grade side made the Illawarra grand finals in 1983, 1985, 1987, 1989, 1995 and 1996 with 1987 and 1995 teams proving themselves good enough to emerge as premiers.

In 1985 and 1996 our three senior grades all made the grand finals but coincidentally both times it was only third grade to emerge as the premier team in the Club. In 1996 the Club also had the distinction of winning its first Club championship.

After successfully establishing senior rugby in the district, we turned our attention to juniors starting with a Colt side (Under 19) which made the semi-finals for the first time in 1996 and the Grand Final in 2005 and In more recent years, teams have been fielded from under 8's to under 18's

About fifteen years ago some of the Club members who also had an interest in music got together to tootle a horn and so the Camden Rugby Big Band was born. Over the years the Big Band grew in size and improved in quality and was a regular attraction playing under the trees at the Camden Valley Inn and various other venues around Camden. Unfortunately the Big Band is no longer playing but it certainly was a great addition to the club.

We have come a long way in a relatively short time.