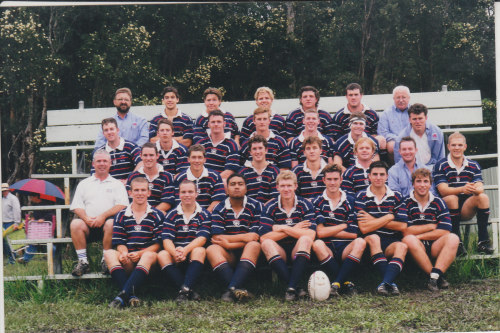 Welcome to The Rogues Rant, an occasional look at all things Rugby

It was a big day of Schoolboy Rugby in Sydney last week when Kings and Newington clashed marking the 150th Anniversary of matches between the two famous Sydney Schools. Kings won the main match by 29 – 14, and had the best of things for much of the day with only Newingtons 5th Grade, coached by Illawarras Caldwell Cup winning mentor Ian Westwood finishing ahead of the Parramatta School by a commanding 48 points to 12. Also on the field for the main game was Illawarra Referee Ross Williamson who had the honor of running the line in the top grade after Refereeing seconds.

Even though the format has been agreed upon for the upcoming International Rugby Championships, there is still some argy-bargy going on regarding the two lead in Bledisloe Cup matches. Rugby Australia and NZR are having trouble finding agreement as to when the matches are to be played. New Zealand Rugby now want to play the first match on October 10 which would give little preparation time for the Australians given the Covid restrictions that they will need to comply with. Initially the first match was set for October 17 in Auckland with the second in Wellington a week later. The Wallabies can’t get together in full and travel till after Saturdays Super Rugby Grand Final in Canberra. With the Quarantine requirements in New Zealand such timing would make it almost impossible for the Wallabies to get  sufficient time as a group to properly prepare for match on the 10th October. It remains to be seen just what we end up with.

Speaking of Super Rugby, I have a feeling that the Brumbies are not going to get things all their own way in Canberra on Saturday. The Reds beat the Brumbies a week ago and will be full of confidence that they can do it again even if it is in Canberra. We are  likely to see a very interesting match to finish off what has been a very successful and entertaining tournament. My tip The Brumbies but not by much!

It’s virtually Grand Final week in Illawarra Rugby this week. Avondale are six points clear of Campbelltown at the top of the Table with 2 rounds to play. The Wombats travel to Campbelltown on Saturday to play Campbelltown for the first time this year. The Sene Aelua coached Harlequinns have been the standout big improvers this year losing once only by a point to Vikings in Round 3.  An Avondale win will secure the unbeaten Wombats the Shield but a win to Campbelltown would see the final outcome delayed one week. Both sides should have little problem winning their final round matches so Avondale look to be in a strong position to become the inaugural Peter Woods Challenge Shield winner in this shortened season. The Quinnies will need to put together a full eighty minute effort if they are to get over the top of the Premiers here.   Avondale to win. Vikings are home to Camden and with the Rams winless for the year, the Blueys should get the points here as well. Vikings to Win. Shamrocks and Kiama are at Ocean Park. Despite collecting some injuries to key players of late I think the Rocks can still win here. Shamrocks to Win. Tech Waratahs and Shoalhaven will be meeting at University Oval in a rematch of a hard fought Round 3 match in which Shoalhaven snatched a late one point win. I reckon this match may well be just as close but I’ll tip the Shoalies to get up. Shoalhaven to Win.

All opinions offered in this column are the opinion of the author. They should not be considered to represent the views of the IDRU.

There are no upcoming events